This Week’s Trends in Education and Technology: January 23-30

[The Week in Education and Technology is a weekly summary of news, events, and ideas related to education, technology, and culture.]

Sometimes we call citizens heroes, which is a shame, because their actions should be commonplace, not rare. The myth of success based on short-term self-interest has been disproven again and again. It seems obvious that leaving things better than you found them is a powerful step forward, because you’ll probably be back this way again one day soon.

Things That Caught My Attention

I appreciated this post by Wesley Fryer, in which he reminds us of what is really required to implement and support learning technologies and digital initiatives in a school or school system. His diagram explains everything nicely. 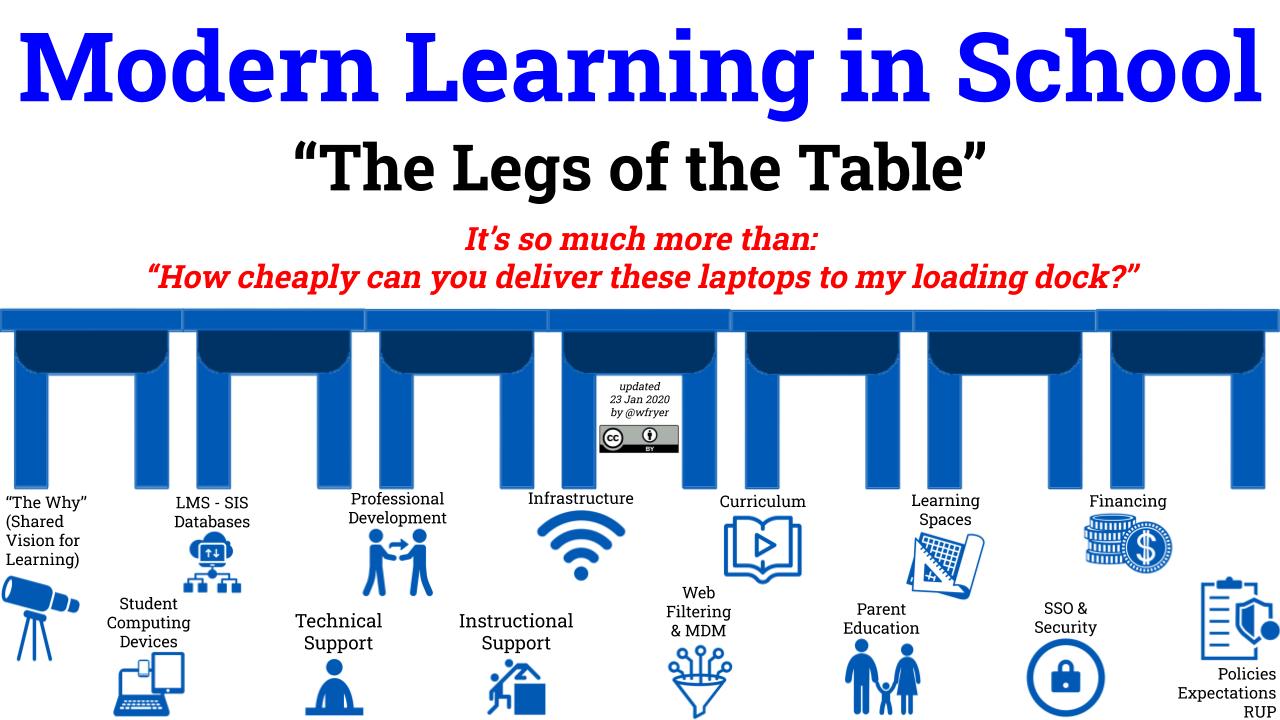 And Tim Stahmer asks what it would be like if we made “the primary objective of schools be helping students learn how to turn all that information we have into something meaningful and useful.” Unfortunately, he writes, we’re still stuck in a system of education that “ treats information as a rare commodity. Something to be distributed on a fixed schedule by adults, and gathered in a prescribed process by kids.”

Of course, kids have already figured out that information is ubiquitous and that there are many channels of learning available to them 24/7. Julie Evans, the CEO of education nonprofit Project Tomorrow, points to the results of a recent survey her organization conducted.

Also, thanks to Tim Holt for pointing out that dual-credit courses could save students and schools even more money if they would remove course materials costs by using open educational resources. Speaking from experience, there’s really no reason not to use open content for most dual-credit courses as there are a plethora of high-quality resources available for them.

The theme in higher education at the start of a new decade seems to be, “this time it could be really different.”

Certainly, institutions are starting to realize that only a few will be invulnerable to the societal and financial shifts taking place. We are reminded of this again in announcements this week by Miami University and the University of New Hampshire regarding planned layoffs.

There are also the results of recent surveys to consider. University trustees growing increasingly worried about the future of higher education.

More than four in 10 trustees, 42 percent, said they were very concerned about the future of the higher education sector in the United States over the next decade, according to the polling, which AGB commissioned from Gallup. That was 14 percentage points higher than in 2018, when only 28 percent of trustees reported being very concerned about higher ed’s future.

Speaking of competition, or at least new players, last week Coursera launched a new college completion pathway in partnership with the University of North Texas. The bachelor’s degree will cost $330 cost per credit hour which, according to Sean Gallagher, founder and executive director of Northeastern University’s Center for the Future of Higher Education and Talent Strategy, is comparable to that offered by institutions such as Southern New Hampshire University. According to Gallagher, “In the online bachelor’s degree completion market, competition has been driven more by price at times than prestige. I wonder if in the future we will see $150- or $250-per-credit-hour programs based on new models and technological developments — just as we’ve seen with $10-20,000 master’s degrees.”

Finally, USA Today has launched a new series on education in rural America. The opening blurb of the first installment gives you a good preview of the reporting. “ More than 5 million Americans live in education deserts, lacking any college within a 30-minute drive. Few students go away to college, and poverty persists.” 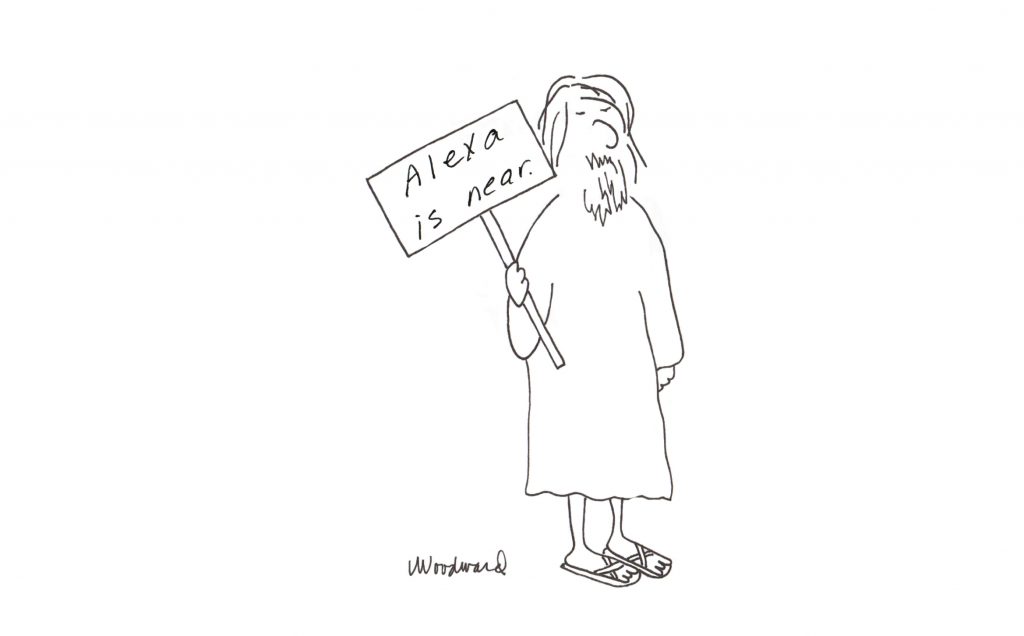 As smartphones become increasingly ubiquitous, it’s fair to start asking how we should begin reshaping our curriculum to embrace this technology.

The iPhone was released in 2007 and by the end of 2019, 81% of U.S. adults owned a Smartphone. Consider the implications. 81% of U.S. adults can look up what something means, the date when something happened, or the mathematical formula they need for calculating a solution – and they can do that with a device they carry with them all the time. 81% of adults carry a calculator, a dictionary, and a search engine for articles, books, and journals on them all the time. 61% of adults turn to YouTube when they want to learn how to do something they have not done before and, increasingly, they watch that video with the device they carry in their hands.

And this isn’t just about smartphone usage in the U.S. India is now a larger smartphone market that the U.S. My 2030, I believe smartphones will be the primary technology channel for user consumption and creation of learning content. Along with this shift, we will likely hear a loud chorus of complaints about how technology is hurting rather than helping our kids. But, as Tim Stahmer points out:

As with so many of the societal problems we face in working with children, it’s easier to blame the technology than to have those more productive conversations. Restrict the amount of time kids spend with devices rather than address the underlying issues they may have.

Parents cannot blame the smartphone for problems they see in their children if they are not involved enough to find out what they are doing on those screens. Teachers can’t claim that the digital world has “stunted” the mental growth of students if they don’t understand why and how they live in that world.

While we’re at it, this might also be a great time to rethink our approaches to assessment.

Seat time requirements and grade averages are both metrics that emerged at the turn of the 20th century. Neither are based on any modern understandings of learning science and both of which have garnered strong adoption inertia due to their simplicity and familiarity. Even without a review of research, we know from common sense that students have unique background experiences and learn at individual rates in such a way that the contradictions of seat time requirements are clear. We also know that averaging performance on assignments, quizzes, and tests does not accurately reflect what a student actually knows at a given point.

I am always heartened to read about new initiatives in the open-content space. This week, Virginia launched its new open educational resources platform, and Affordable Learning Georgia released a new interactive OER lab manual for Anatomy and Physiology.

Unfortunately, for all the progress in OER and affordable content, it seems that many faculty still don’t know where to start with textbook affordability. “While wondering where to start was the No. 1 obstacle keeping faculty from participating in textbook affordability efforts, survey respondents also reported lack of time as well as bureaucracy/red tape as additional hurdles.”

One of the biggest disrupters in AI can be found in the continued development of translation technologies. This week, Google announced that Google Translate is getting a transcribe mode for lectures, speeches.

Google previously introduced an interpreter mode for the app, but that one was designed for conversations while this is more for long-form speech. Transcribe mode will give you a way to, say, attend lectures in other languages or watch foreign movies without subtitles and get the gist of what’s being said.

And Amazon is also improving its translation serve.

Ever wish you could automatically dub foreign film dialogue into another tongue? Amazon is on the case. In a paper published this week on the preprint server Arxiv.org, researchers from the tech giant detailed a novel “speech-to-speech” pipeline that taps AI to align translated speech with original speech and fine-tune speech duration before adding background noise and reverberation. They say that it improves the perceived naturalness of dubbing and highlights the relative importance of each proposed step.

Finally, in case I haven’t said so lately, my motto about technology decisions for consumers (especially ed-tech consumers) is “the lowest technology for the highest impact.” I was reminded of this when Tim Cook said that AR will ‘pervade’ our lives during on Apple’s recent earnings call. With all the buzz around VR, AR will be accessible through the vast majority of smartphones without the need for additional hardware.

Research Articles and Posts for the Week

TEL Library Posts You May Have Missed

A Model for Equitable Access to Postsecondary Education in the U.S. (Part 1)

A Boy and a Press (A Parable)

A Model for Equitable Access to Postsecondary Education in the U.S. (Part 2)

Students Today Are Learning All The Time. Can Schools Keep Up?

A Principal’s Reflections: Personalized Learning: The Why, How, and What

You Gotta Show Up

Modern Learning in School: The 14 Legs of the Table

How Dual Credit Courses Could Save Millions of Dollars

Upskilling and college education rates in 2040

Trustees growing increasingly worried about the future of higher education in the U.S

Study: Many Faculty Still Don’t Know Where to Start with Textbook Affordability Issue

A quick fix is unlikely for California colleges’ capacity woes

What do they still need to learn? The Impact of Smartphones on Curriculum

It’s On! Direct Audio Recording into a SPLOTbox Site

Where are all the Hispanic executives

The future of jobs is already here

Choosing to be a citizen

Study: Many Faculty Still Don’t Know Where to Start with Textbook Affordability Issue

How Jim Crow lives on in skewed housing laws

What is causing the uptick in independent bookstores?

Business revolution: What is the membership economy?

2020: Zero year thoughts about the changes in book publishing

A Gentle Introduction to Deep Learning for Graphs

Google Translate is getting a transcribe mode for lectures, speeches

How will AI shape the future of storytelling?

Robert Shiller on how compelling stories shape our economy

Tesla is in such good shape, it could scrap FSD, full self-driving

India is now a larger smartphone market than the US